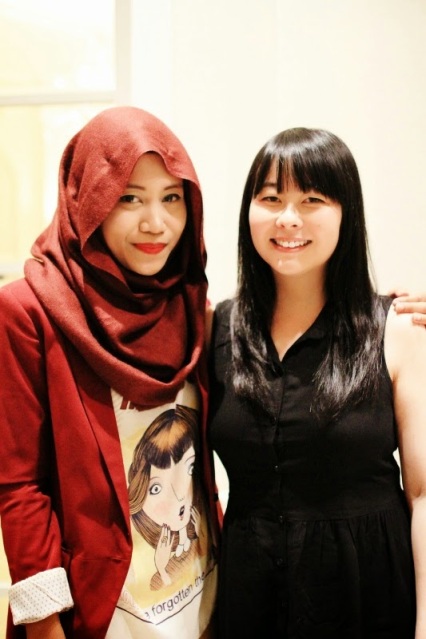 Pretty words sandwiched between pretty covers. That’s Lang’s Love & Misadventure for you. The memory of interviewing her when she was here for a book signing last year, is still fresh on my mind. Inspiring lady she is!

Also, I can still remember clearly after all the relative seriousness during the Q&A, I kinda sorta maybe ended it on a strange note by asking her to write a poem about me in 5 minutes. I could see the mild shock mixed with horror on her face.

“No, sorry I can’t! I need time to think and be inspired, at times I even take a day!” she laughed.

I laughed too, partly because she’s laughing, and partly realizing – gosh, that was a weird and impossible request. If someone I barely knew came up to me and asked, “Hey, friend! Could you, turn me into poetry, maybe?” I’d probably run away screaming.

You know it’s generally assumed that people who love to read, also tend to develop the love to write. Which is not wrong an assumption. I remembered a panelist during last year’s SWF said that the reason he writes, is because he reads. He believes that, most readers generally have that tendency to want to partake in this big, exciting, intellectual conversation that’s going on, that’s changing lives, that can do so much, just by using words. The pen is mightier than the sword, yes?

I’m really in awe by these people and I can only hope to get more opportunities to meet and be inspired by such luminaries again this year.