Paris in summer is a glorious treat. It was a good 14 degrees, but the colours were warm, the sun in splendour, and the flowers abloom.

Take me to London

Fly me to Venice

Bring me to Milan

I’m saving my heart a space for Paris

‘Cos only in my dreams now is when Paris comes true

Poem above was written during my early teenage years. La vie en rose. My mind wasn’t quite prepared for the enormity of what I felt. Paris came true.

“Taking photographs can assuage our itch for possession sparked by the beauty of a place; our anxiety about losing a precious scene can decline with every click of the shutter. Or else we can try to imprint ourselves physically on a place of beauty, perhaps hoping to render it more present in us by making ourselves more present in it.”

Because whenever we visit a beautiful place, we’ll want to bring it with us when we leave. And photographs will be the things we keep to make the ephemeral, permanent. 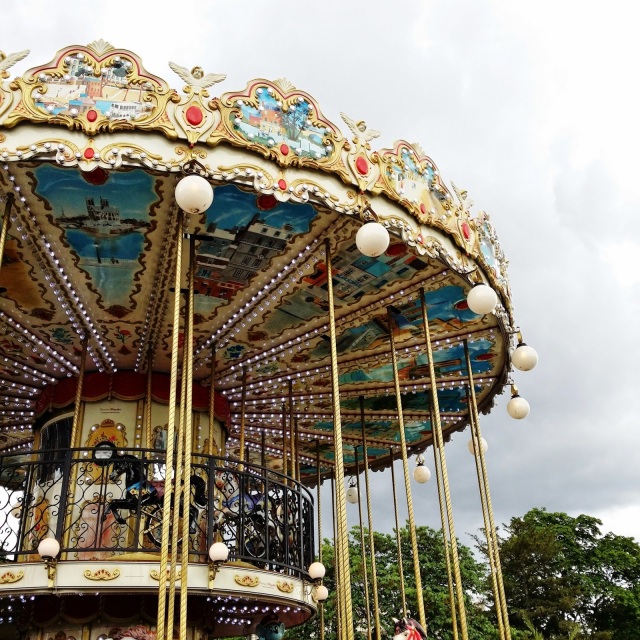 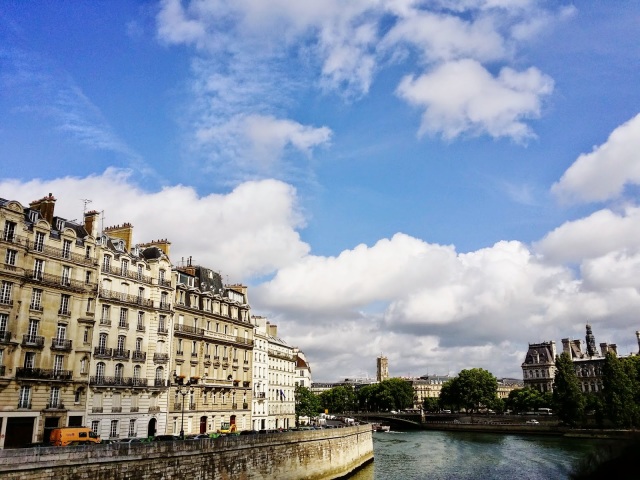 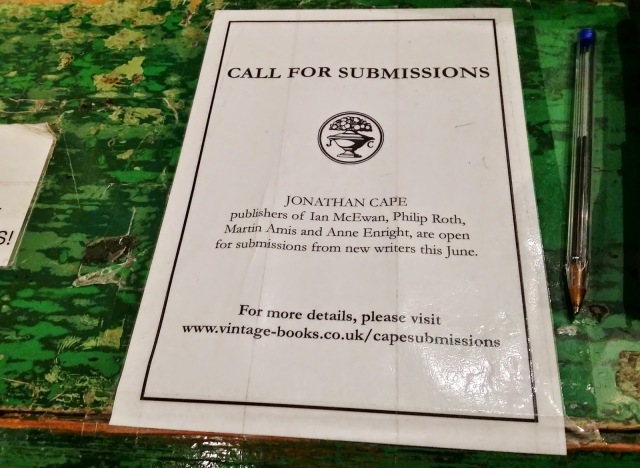 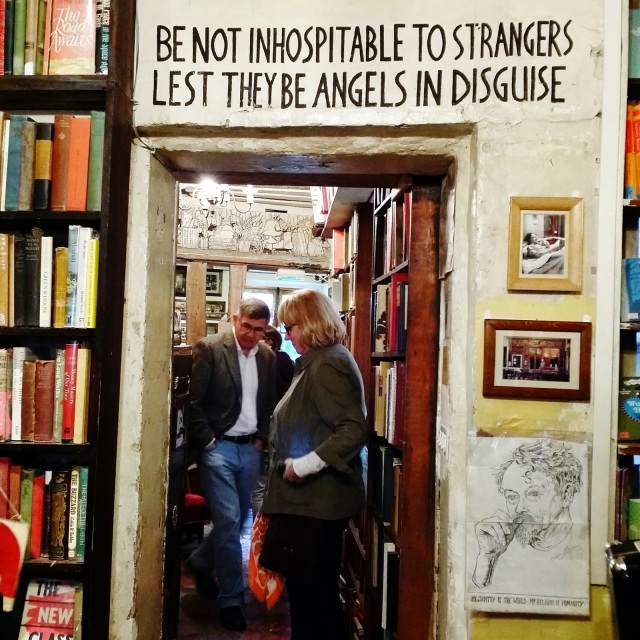 “Sitting there, alone in a foreign country, far from my job and everyone I know, a feeling came over me. It was like remembering something I’d never known before or had always been waiting for, but I didn’t know what. Maybe it was something I’d forgotten or something I’ve been missing all my life. All I can say is that I felt, at the same time, joy and sadness. But not too much sadness, because I felt alive. Yes, alive. That was the moment I fell in love with Paris. And I felt Paris fall in love with me.” 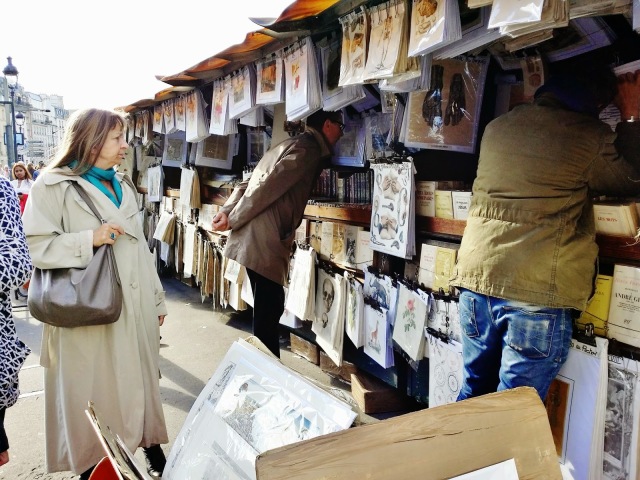 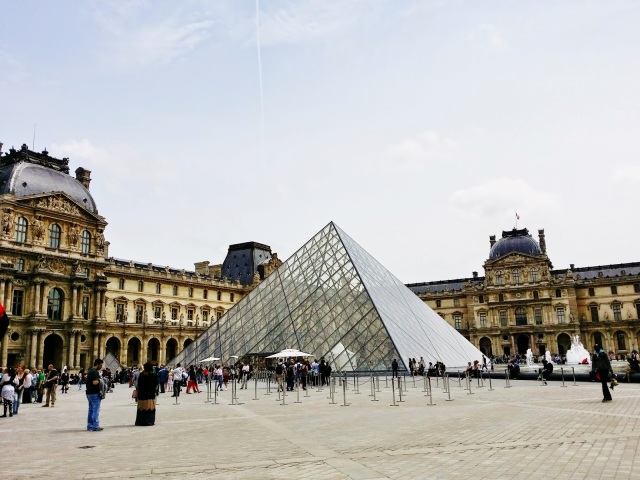 Cafés, baguettes, cheese, croissants, macarons, bretons, the French language – these are a few of my favourite things. Which makes me some sort of a self-professed Francophile, I suppose. I watched several reruns of Midnight in Paris – one of my favourite films of all time – just before I set off for my adventure, to fuel the excitement even more than it already had. I took up basic French 4 years ago and practised hard for an A, just so I could be prepared if ever, one day, I’d need it to get my way around. And god knows how many Paris wallpapers I’ve changed on my screens, Paris posters I’ve plastered on my walls, & Paris photos I’ve reblogged on Tumblr.

I have always been so obsessed with it, that I was honestly nervous for the day I’d finally get to meet her. I had this irrational fear that the city wouldn’t live up to my expectations. I was afraid that perhaps, all this while, I’ve only ever been in love with the idea of it. That all the films I saw, the stories I read, the songs I listened to that had me romanticizing the things I have come to know about Paris, would turn out to be mere glossy, grandiose representations of the city.

I remember waking up one night, a few months before I got here, with a dream about Paris, vivid in my mind. The details eluded me – all I knew was that I was atop a building, so real I could feel the cool night breeze, as the cityscape of Paris unfolded immensely below me. Little did I know, in months, I’d be living that dream. But when I finally stepped foot in the city, it literally felt like I was living in my dream, in a weird way. For when dreams feel like reality, and when reality feels like a dream… it’s all too strange to wrap the head around, n’est-ce pas?

My first encounter with the city was unpalatable, but when I stepped out of the metro, Paris was immediately arresting. What she lacks in hygiene and safety, she more than makes it up with the history, art, and pretty monuments punctuating every corner. It was fascinating to see most of the famous landmarks within walking distance. “That’s the Notre Dame.” “Ah… the Eiffel!” “Look, it’s the Louvre.” “Hey isn’t that the Arc de Triomphe?” Every turn in Paris is a postcard – the city unfurling beneath my feet, the iconic Eiffel tower looming above my head, the cafés lining up the avenue, the artists painting by the Seine, the sun bathing the cobblestone streets in light.

But along with my unbridled passion, I came with a strong impression that the Parisians aren’t the nicest bunch. I’ve heard a lot about the locals having a certain aversion towards Muslims, and especially since I’m wearing a hijab, I was pretty wary everywhere I went. Perhaps it’s the sun that got even the grumpiest people smiling, perhaps it’s half luck, but all my encounters with the locals here have been nothing but pleasant.

The first encounter was in the train. We must have looked lost, poring over the metro map like our lives depended on it, when a 20-something French lady approached us and asked if we needed help. Another, was when I needed to alight at the next stop, but an old man was sitting beside me and he was hindering my way. The minute he saw that I was readying myself to get up, he quickly stood and smiled, and even chirped an au revoir! I’ve lost count of the people who offered a hand in carrying my 20kg luggage up & down the flight of metro steps. And in most shops I entered, even if it was just to drop by and look around without any intention to make a purchase, the shopkeepers would never fail to greet with a smile.

I was genuinely taken aback by the politeness all around, contrary to what I’ve been told about their brusqueness, and how snobbish these Parisians can be. The people can either ruin your experience or make your stay a wonderful one. Fortunately, the kind souls I was lucky to have met during my stay, left my impression of the city untainted.

Paris was raining lightly that one night when my friends & I sneaked out of our hotel to search for some good crêpes around the corner. I was reminded of Gil in Midnight in Paris, wandering around the city in the rain at night, and how much I wanted to be silly and wait at the steps of a building for the black, shiny car that would transport me back to Paris in the ’20s. I smiled at the thought as I warmed myself with the freshly made crêpe au sucre in my hands. Rain or shine, I was in love with the magnificence of it all.

In the mornings, the skies were strangely flecked with white cotton dancing afloat in the breeze. Somebody was saying that it came from the trees. Perhaps. It couldn’t possibly be falling from the sky… or could it? We continued looking up in wonder. Paris was bespeckled with fluffs of cotton snow, which I tried catching on my palms, though they all but fleet away. Where it came from still remained a beautiful mystery – much like how this city came to be.

Despite the throngs of tourists flocking every corner, I really couldn’t think of a better season to soak in all off what this city has to offer. Paris is a moveable feast indeed – a feast of art, pastries, coffee, light & love. This city is not a museum, but Paris to me will always be that scene from a film, that line from a book, that verse from a song, that lingers, ever so lightly, when I leave.

A few weeks ago, I woke up missing Paris, so I decided to dedicate a poem for her. Here’s A Poem for Paris – one for the memories.

The quaint cafés at Saint-Michel

The art & literature by the Seine

the beautiful tongue I tried to feign

Every corner, this city sings

in shine or rain-washed golden streets,

taking me swiftly by the hand

eagerly sweeping me off my feet

at every boulevard I greet

into my ears, ah what a treat!

I feel alive with every sight & touch

(Perhaps I love places more than-)

No one’s ever made me feel this much

(-I can really ever love a man)

At least places never walk away,

I breathe in the air that feels different

as I stopped in awe at an avenue

and whispered to it;

I want nothing more

(I’ve never felt this way before.)